Our Clients Our Partners Our Awards 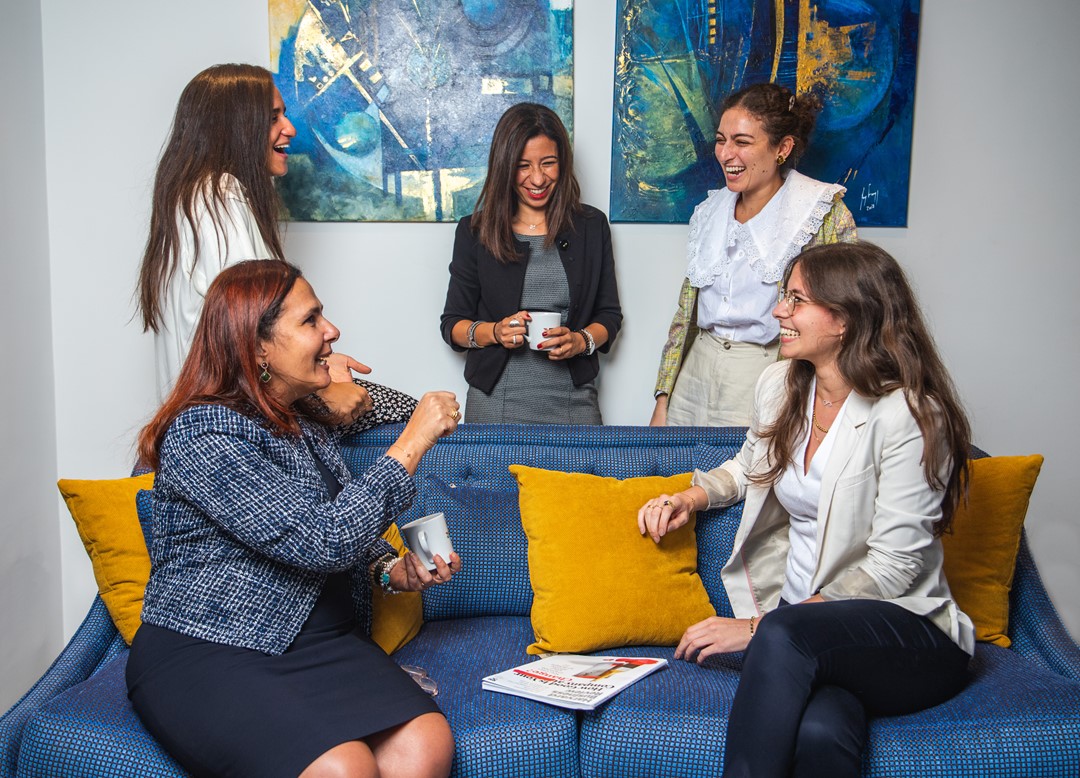 Women have come a long way in the business world. Throughout the last two decades, we have seen more women taking on leadership and executive roles in both traditional and non-traditional organizations of all scales. This is not to mention the increasing number of women embarking on and leading entrepreneurial endeavors.

A common element these women share with each other and with their male counterparts is definitely hard work, however, what sets them apart is possibly their unique leadership style. Leadership styles vary according to various factors, including one’s personality, education, upbringing, culture etc. rather than gender, but research has shown that women tend to adopt a leadership style that focuses more on transforming organizations through transforming individuals by empowering them and capitalizing on their growth, which in turn translates to a company’s growth and success.

Data compiled by global consulting firm Potential Project has shown that women-driven teams have resulted in higher employee engagement, which save their organizations $1.43 million for every 1,000 employees. This is due to a leadership style often utilized by women referred to as “compassionate wisdom,” which entails the ability to take on difficult tasks using a people-centric and human approach. An American study showed that 61% of people believe women business leaders show more compassion and empathy than men. Not only does this ensure empathy-centered leadership, but it’s also beneficial on a greater scale, because a kind leader sets the cornerstone to a kinder company culture. This in turn leads to a better, more productive work culture focused on growth.

This approach to leadership leads to more inclusion in the workspace, which results in employees feeling seen and heard. This encourages them to voice their opinions and ideas freely which leads to a bigger pool of ideas and strategies generated that can help the organization set itself apart from others.  Furthermore, it inspires and empowers individuals to have a higher sense of ownership and accountability, bringing along more significant progress at a more rapid pace.

Driven towards Change and Problem Solving

This attribute comes to great advantage during times of uncertainty, like the economically challenging times we are living through or the pandemic as examples. During the pandemic, we’ve witnessed countries run by women having the quickest and most effective public health responses, highlighting women’s ability to problem solve, respond to crises, and make tough decisions in times of uncertainty. This proves their resilience in managing even the biggest of problems and challenges. A prime example is New Zealand’s Prime Minister Jacinda Ardern. Because of how fast she acted in the face of the COVID-19 threat and the uncertainty that came with it, restricting travel to and from New Zealand and placing a mandatory quarantine decree on all, the country had only 1,900 confirmed cases and 25 deaths by the end of 2020, which is only a fraction of confirmed cases in a country like the USA. Ardern proceeded to win the re-election in late 2020 by a landslide because of her solid but also compassionate leadership style, which showed during multiple country crises, including the Christchurch mosques attack that killed 51 worshipers and the deadly eruption of the White Island volcano, which both took place in 2019.

Increased woman entrepreneurship and presence on leadership teams has shown to influence company policies for the better. Higher female decision making power has been proven to encourage positive policies in organizations such as improvement of work-life balance, resulting in higher happiness and productivity among teams and a learning environment that encourages knowledge sharing and growth. This is due to their resilience in the face of challenges and their creativity when it comes to problem solving to ensure that issues and challenges are fixed permanently and whose solutions are adapted as policies for change.

When it comes to leadership, a study conducted by Harvard Business Review has found that women scored significantly higher than men on 84% of the leadership competencies measured. These include taking initiative, acting with resilience, practicing self-development, driving for results, and displaying high integrity and honesty. This high proficiency translates into company performance. The Credit Suisse Research Institute issued a report in 2016 showing that “the higher the percentage of women in top management, the greater the excess returns for shareholders."

This is clearly reflected through some of the biggest and most successful entities in the MENA region which have women leaders in their top management. Among those women, Egyptian women have taken the lead in reaching leadership roles, with seven businesswomen and executives making it to the 2022 Forbes ME’s 50 Most Powerful Businesswomen list.

Women business leaders have been proven to increase revenues and excel in their roles, yet this isn’t reflected in the percentage of company and organization female leaders globally. Men often occupy around 65-95% of such roles, which means that women still have quite a long way to go.

This all does not mean that women are better leaders than men or encourage a prejudiced view of men not taking on an interactive leadership approach focusing on employee growth. It is to say that organizations, especially large, more traditional conglomerates, can largely benefit by adopting a “transformational leadership approach” rather than a “transactional” one, which are concepts that were first conceptualized by American journalist James L. McGregor. The transformative approach is based on viewing employees from a more human lens in contrast to the transactional approach, where employees are seen as executers of specific scopes of work that either merit reward or punishment. When organizations adopt a more interactive and transformational leadership approach, there will be more space for both men and women to lead within organizations, which would eradicate the glass ceiling that impedes women’s advancement in the workplace. During these uncertain times we live in, it is through such innovative yet simplistic approaches that organizations can advance and survive in order to keep up with an ever more shifting competitive work sphere.

Read CID Chairperson Dalia Wahba’s take on leading through transformation in her blog entry “When leaders transform to inspire transformation”.